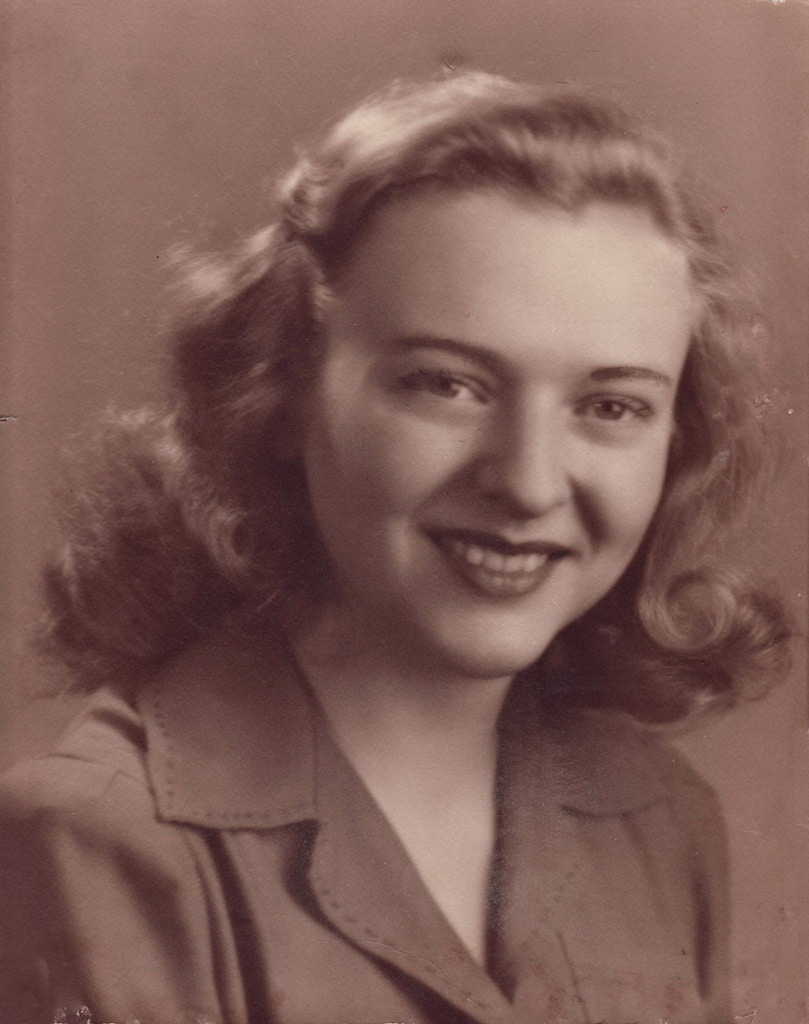 The following excerpts come from a Record-Express article published June 25, 1942 and Lancaster Online article from 2007:

A new feature of the Fourth of July program in the Lititz Springs Park will be a pageant, “The Court of the Queen of the Candles,” which will be presented in the evening at nine-fifteen, following this the lighting of the five thousand candles by the boys.

This is in observance of the one hundredth year of the illumination of the Springs park by candles, which was first recorded in 1843.

Pauline Moyer will be Queen of the Candles, and from her candle all the other candles will receive their light. This scene will take place from the band shell.

She returned to Lititz in 2001 to serve as Grand Marshal of the Fourth of July Parade. With her family in attendance, she also helped Lititz crown its 60th Queen of Candles.

Daughter of the late Isaac B. Moyer and Elizabeth (Zug) Moyer, Polly was born on Sept. 14, 1924 in Lititz. She was the wife of the late Robert E. Keenan.

Polly broke new ground for women, and would brag that she was the first female employee of the Lititz Bank. She also was the executive assistant to the president of RCA.

In the mid 1940s, seeking new adventures (and with her mother in tow) she moved west to Pasedena, California. During her time there she was part of the Pasedena Drum and Bugle Corps and was a drum majorette in the Tournament of Roses Parade.

Returning to Lititz, she met and married Robert Keenan from Hazelton on May 30, 1949. She and her family lived in Allentown, Mountainside, N.J., Racine, Wisconsin, Buffalo N.Y., and finally arrived in Sheboygan in 1968.

During the subsequent decade, the Keenan house was a popular gathering place for young and old alike. Polly and Bob proudly wore the titles “Trunk” and “Trunk Sr.” as they supervised many a tornado drill and Continental Rummey marathons.

When Bob retired, Polly got the two of them on the road. They went to China, Ireland and England, Alaska, down the Mississippi, Spain, Monaco, Hawaii, and many cross-country trips to visit family and friends.

Polly was an avid bridge player and was involved in several clubs, playing bridge almost every day and teaching bridge on weekends to “the kids.”

She was an excellent cook, as was her mother, and was brought up in the Pennsylvania Dutch cooking tradition. Her wet bottom shoe fly pie and sticky buns were prize winners!

She enjoyed being on-line, staying in touch with family and friends through e-mail, instant messaging with her grandson Andy, comparing the merits of Brett Favre to Tom Brady.

Folks are still talking about her surprise 80th birthday party held in the fall 2004, when she was surrounded by over 80 of her family and friends.

She is survived by her sister Jean, wife of Bob Patton, of Lobachsville, Pennsylvania; her three sons, their wives, and her six grandchildren, and many nieces and nephews.